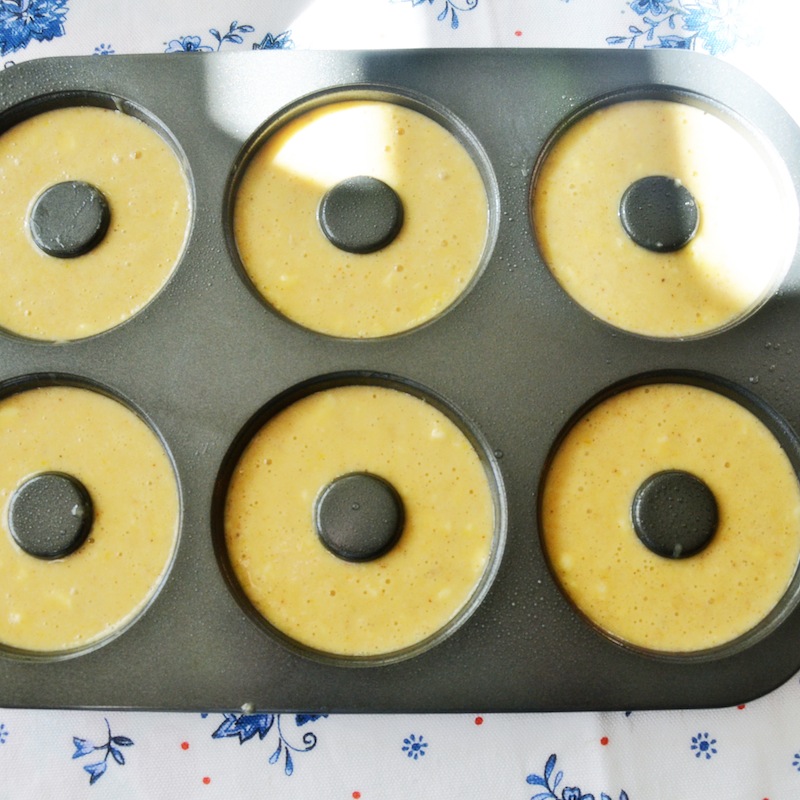 last week i was minding my own beezwax when i stumbled upon THIS and THIS.  before i could stop myself amazon one-click had its way with me and a few days later this donut pan landed on my front doorstep.

i didn't use either of those recipes.  THIS is the recipe i used.  more or less.  except i partially melted the butter, used 1 c. of cake flour, mixed brown & white sugar, and used 1/2 c. of milk curdled with 1 T lemon juice.  i swear everything else is virtually identical. Then of course i needed icing.  and i thought maple browned butter sounded v. good.  indecent really.  and earlier in the morning i happened to have some crumbled bacon leftover.  it was a total accident what happened next.  i would never actually make something so decadent intentionally. half got the bacon treatment and the other half didn't. mindreader that i am i know you're doing the math and wondering where the other 2 donuts are.  i am almost positive that my neighbor popped in and took 2.  donuts don't just disappear.  in highland park.  on a saturday morning.  in november.  they just don't.  whatever. i placed the other 2 sets of donuts in the freezer for consumption later in the week.  by that i mean later tonight and tomorrow morning.

don't even think about coming over during my nap and trying to steal.  i will fight tooth and nail for those donuts.  and you will totally lose.  no one wants to feel like a loser on a pretty sunny saturday.  do they?

i saved you the icing bowl. vera & i are back in business since one of you told me about acorn tv.  i also started watching doc martin which another of you told me about.  and prime suspect looked good because who doesn't love helen mirren.  i'm set!  thanks for your help.  i guess i could part with one of my donuts…you're worth it!